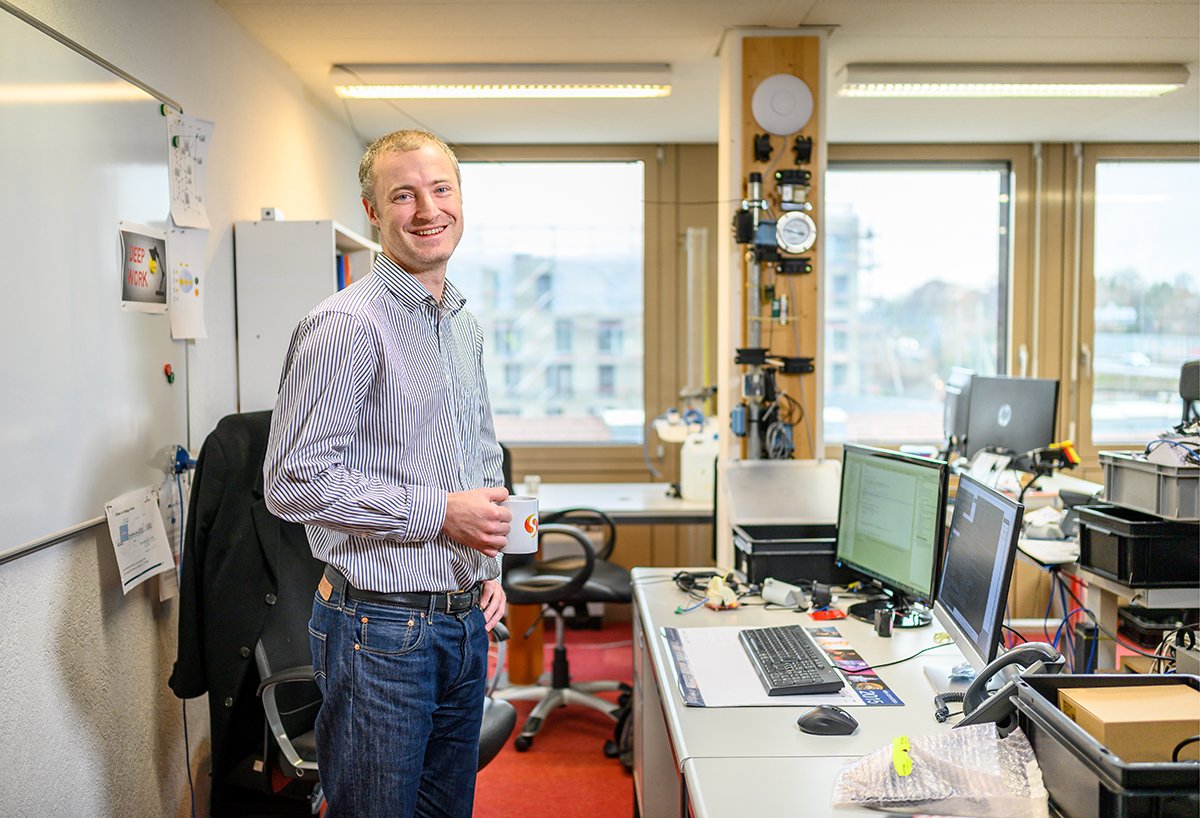 Thibault began working at Sensile Technologies as a software & firmware engineer almost four years ago. He has a Master’s degree in IT from the Lausanne Federal Institute of Technology (EPFL). Before coming to us, he spent eight years working at the University of Lausanne’s Forensic Science Institute. During this time, his work included maintaining and re-writing a web software program used to analyse digital fingerprints, which is used in Switzerland, the United States, the United Kingdom and Sweden. One highlight from this job was being given a certificate of appreciation by the US Secret Service following his work on the Digital Ink Library.

Since beginning working with us, he has developed the firmware for NETRIS®2 and neevo™ as well as the NETRIS®2 uploader program for updating the firmware in our units. He has also implemented other internal automation tools.

Thibault is French, but he hasn’t left the Lausanne region since 2000. He speaks perfect English, some Spanish, and, of course, French.

Although Thibault has always been a geek, a video game creator and a DIY tech fanatic, he also loves classical music and plays piano in his spare time. He says he plays football, but we know that’s more of an excuse to go and have a few beers with his friends in city bars. His first student jobs in computer maintenance have left their mark on him, and Thibault tends to put all of his energy into solving the thorniest of problems. And for this constant dedication, Sensile Technologies is more than grateful to him – we really appreciate having him as part of the team.